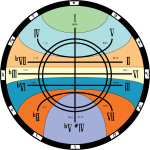 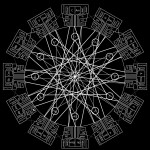 I came up with Micro-Functional Tonality so that I could use a language that would address more advanced chord progressions, found primarily in late-romanticism, French impressionism and 20th century American folk music in a way that treated these idioms as part of a larger whole, and less as exceptions/extensions of common practice tonality.  These advanced progressions are also found in Renaissance music and Baroque music but they are often put in a category of their own, associated very loosely and unconvincingly to common place tonality.  The term chromaticism is used often to lump these exceptions in a category that sets them apart from tonality.  MFT (micro-functional tonality) treats non-traditional harmonies in the same way it treats ‘tonality.’  The same system is used to evaluate both seemingly disparate systems.

MFT (micro-functional tonality) supposes that tonal relations are really only established on a chord to chord basis and that a major or minor key is a bi-product of a more complex system of inter-relations.

Besides my own private research into the subject, I also write music that demonstrates this system.  In the end, however, I am humbly reminded that this theory is really only a musical, theoretical explanation into the working of my own compositions.  I do however believe that this theory, which I use to compose, helps explain to me, in a straight forward way, harmonic techniques of other composers.