“Most certainly one to watch”

Glenn Astarita (All About Jazz)

“…his ideas give the instrument a sense of poise”

“One of the best discs of the week and unlike anything I’ve reviewed in recent times.”

“A record bursting with compositional ideas that are matched by equally sophisticated musicianship. Stapp’s imagination is limitless, his influences truly diffuse, and he realizes his vision due to a type of daring that few artists possess. This record is certain to appear on a number of best of 2015 lists.”

“While lauded in writings since then, the Myrrha’s Red Book suite should have garnered much greater attention.”

“A Composer with undeniable facility”

“Ecstasis marks the debut of a fresh new voice”

Troy Collins (All About Jazz)

“The music is great. The musicians are great. It was an awesome set…” 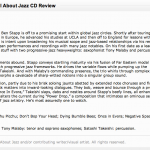 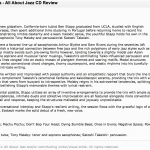 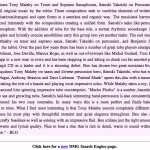 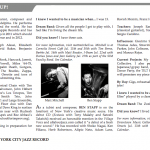 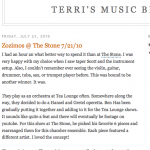 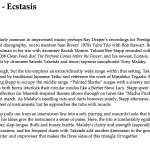 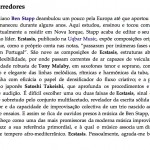 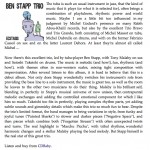